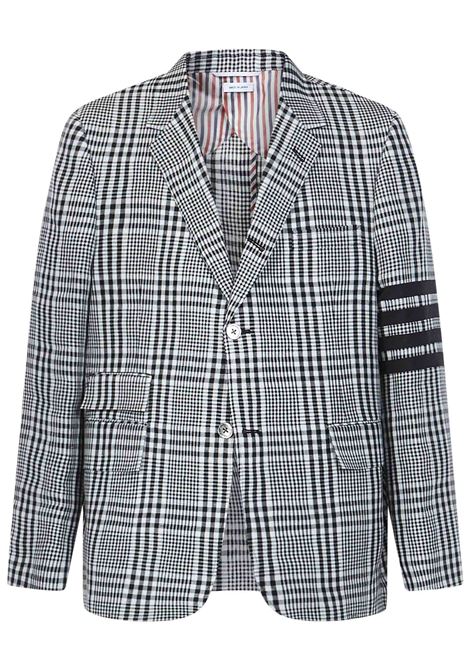 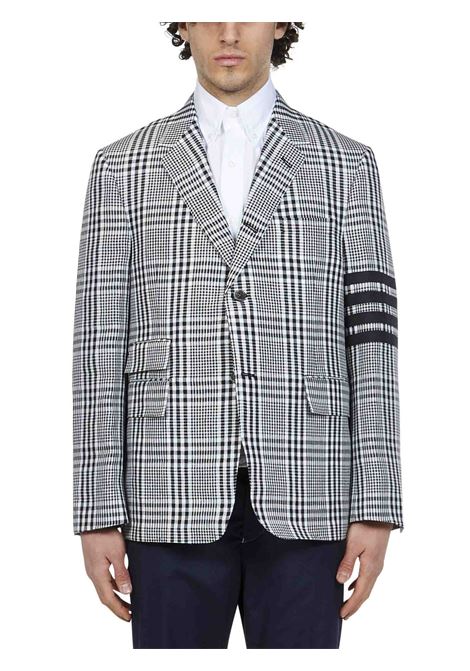 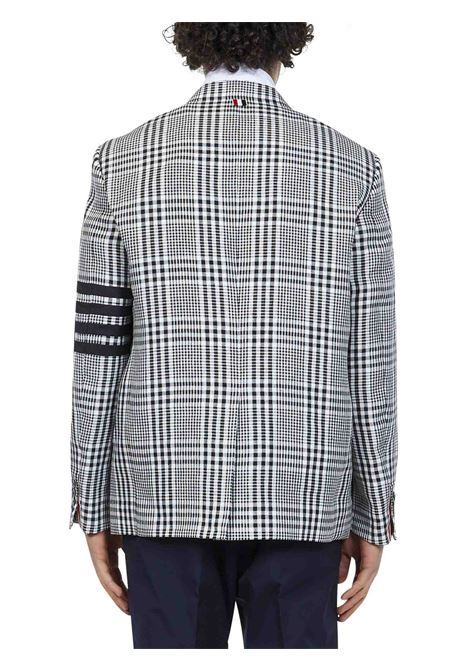 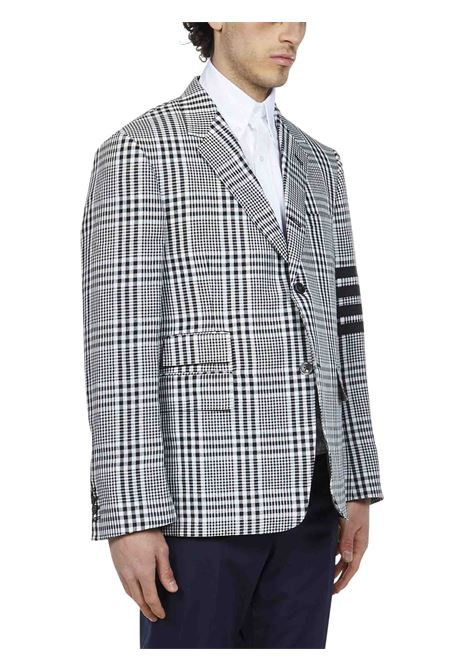 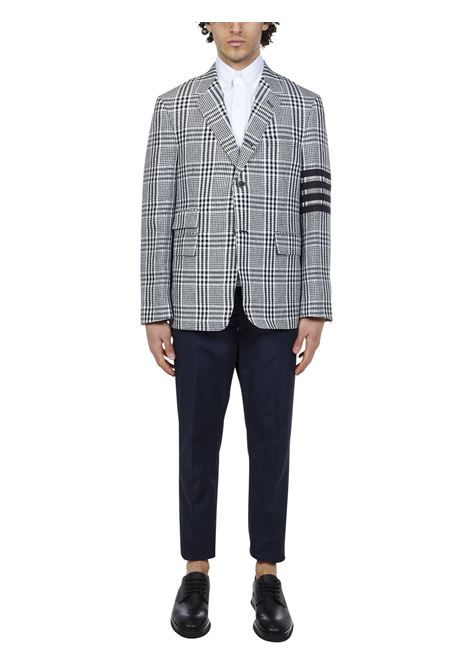 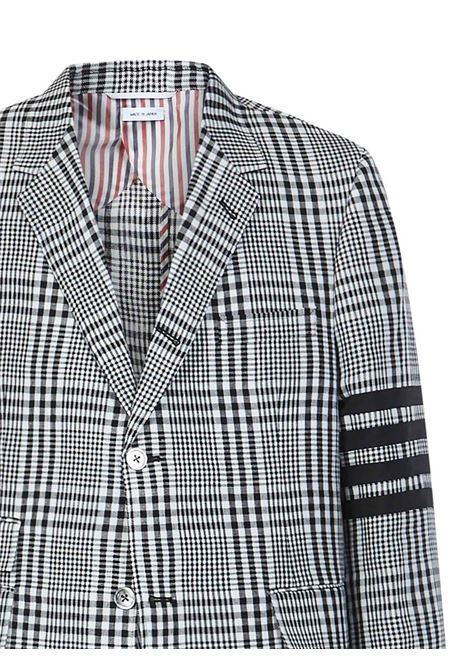 Thom Browne Black and white single-breasted blazer in Prince of Wales linen with 4-Bar motif on the sleeve. $ 2483.00 2 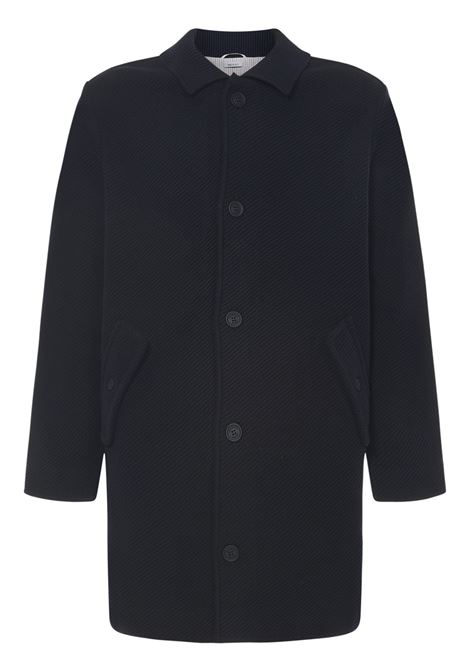 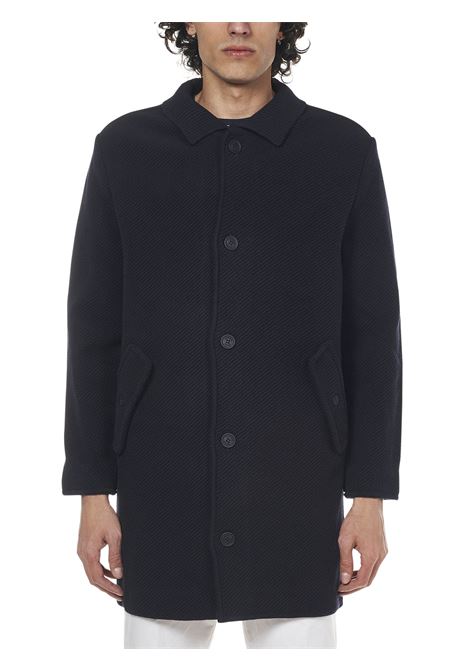 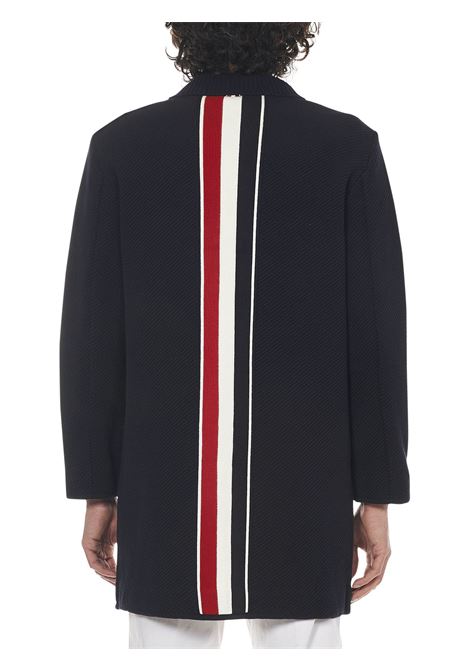 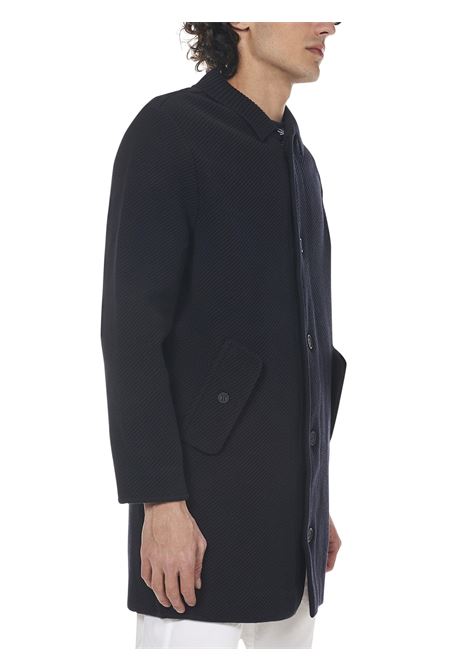 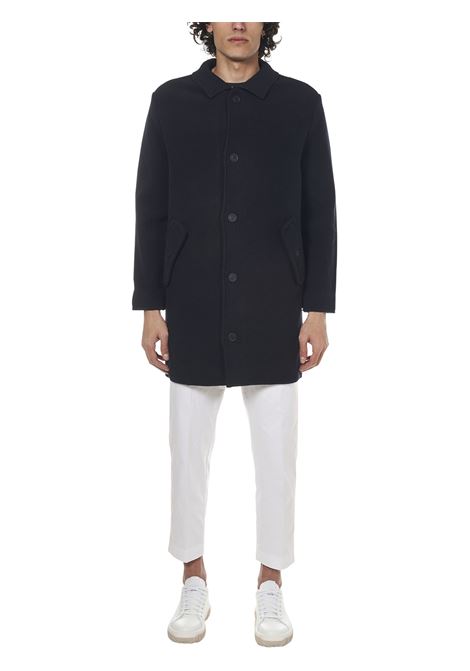 Thom Browne Single-breasted coat in navy blue wool and cotton blend knit with tricolor band on the back. -50% $ 1080.00 3 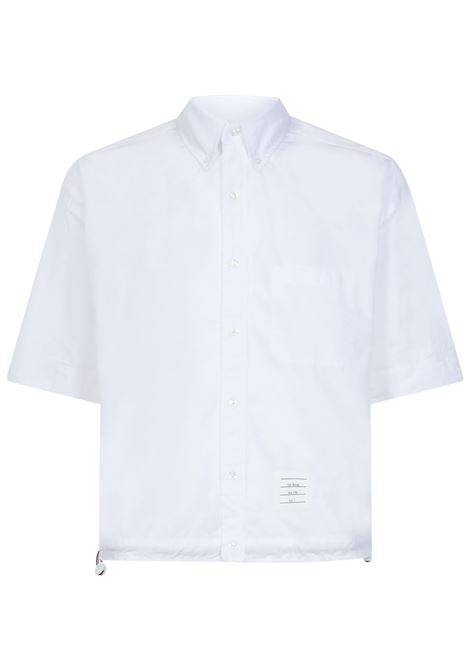 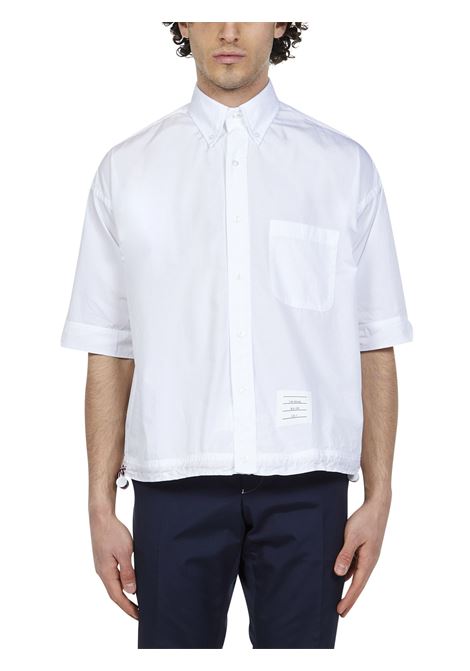 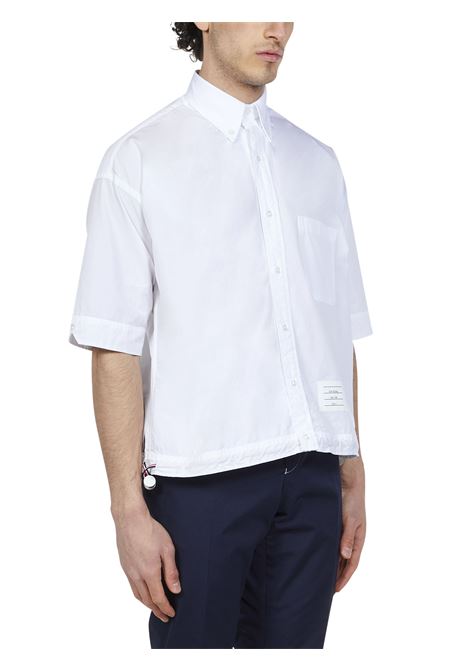 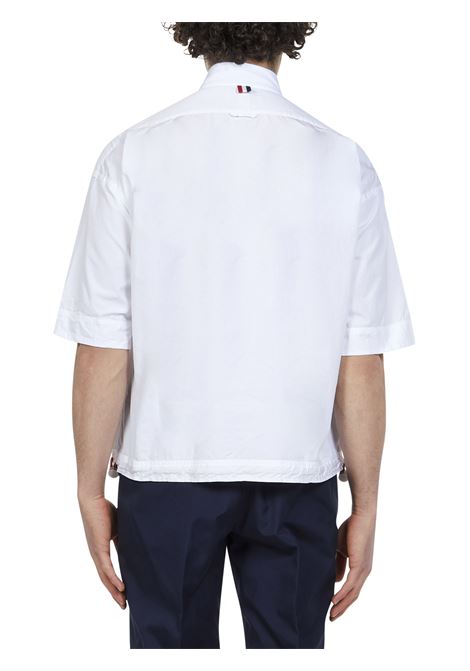 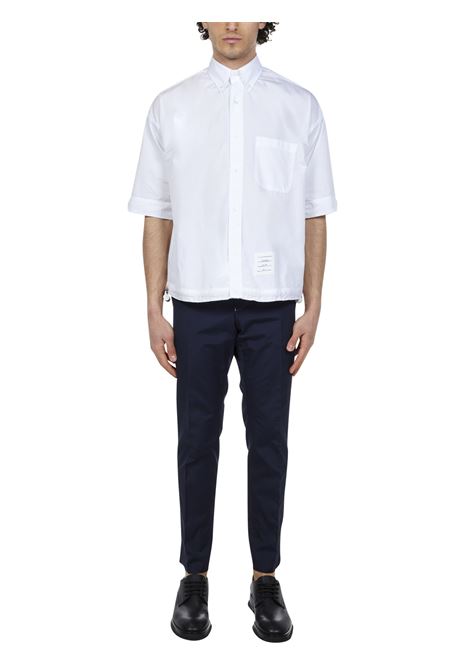 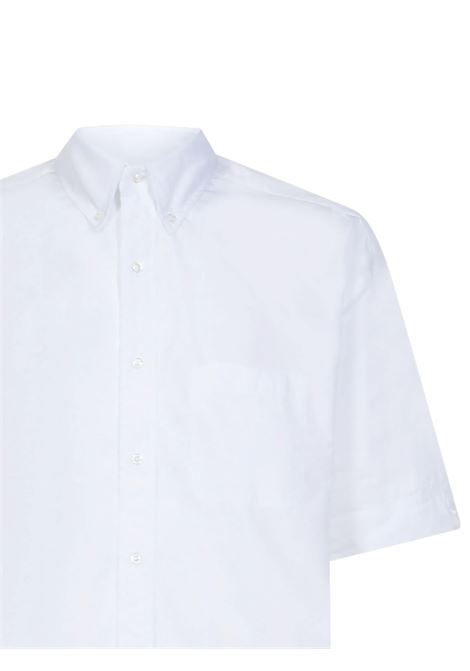 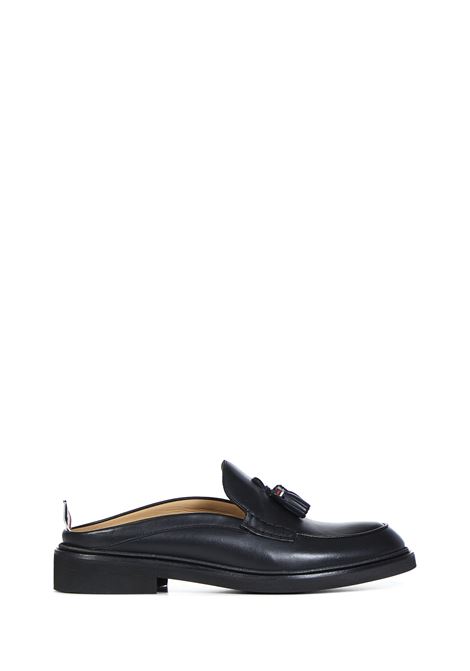 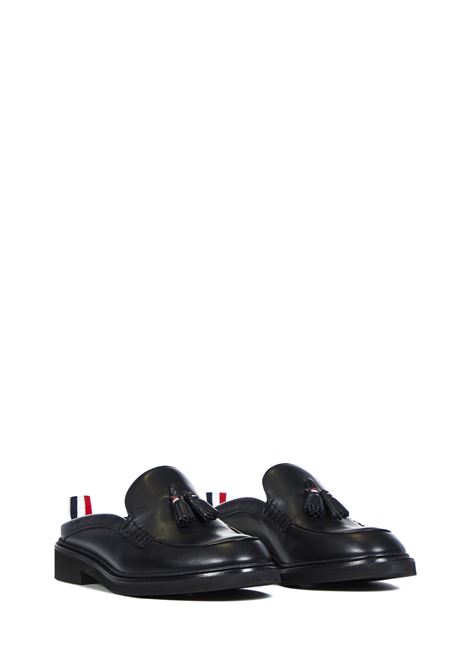 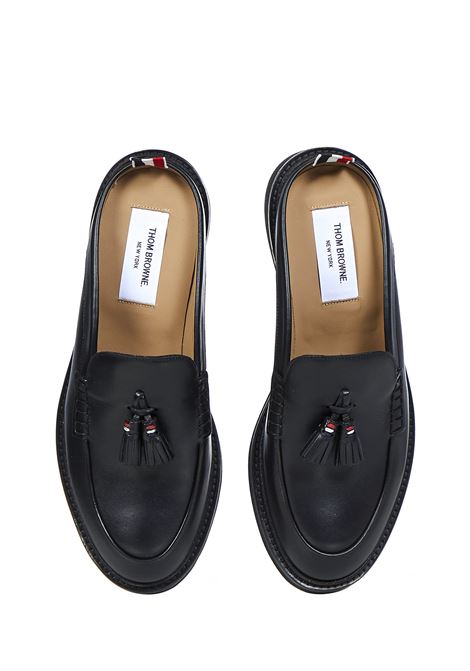 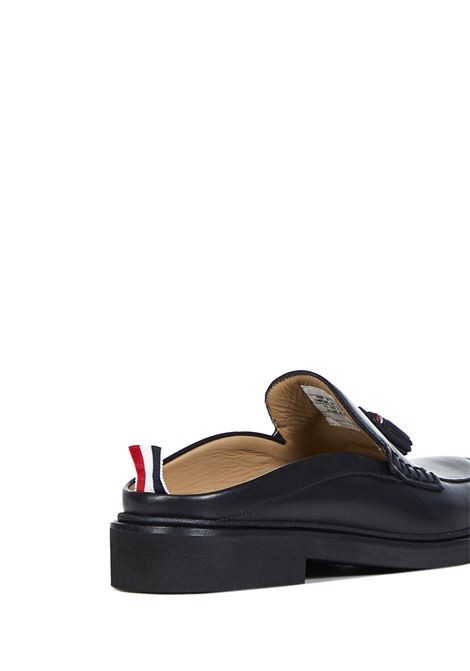 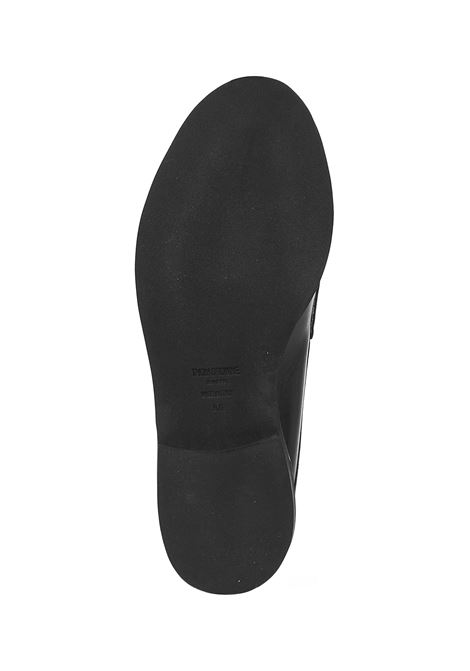 Thom Browne Mule loafers in black calfskin with tassels on the front and grosgrain loop on the back. $ 727.00 8½ 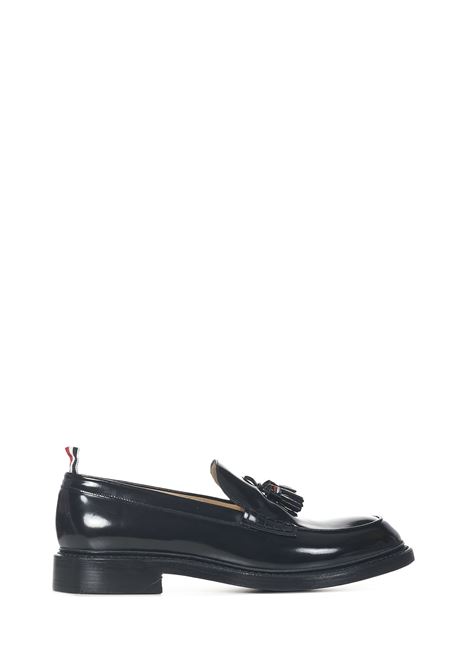 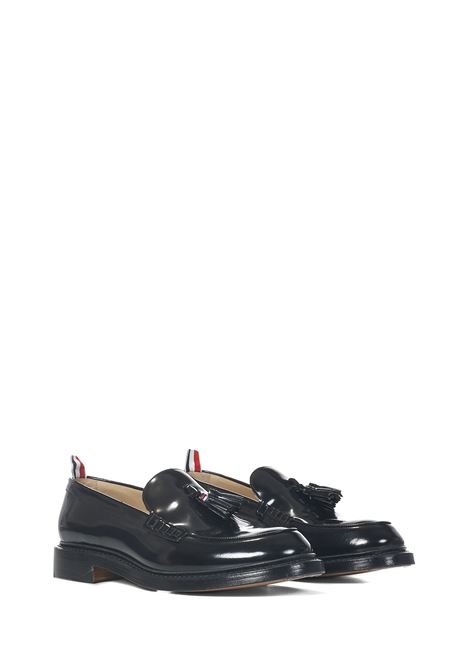 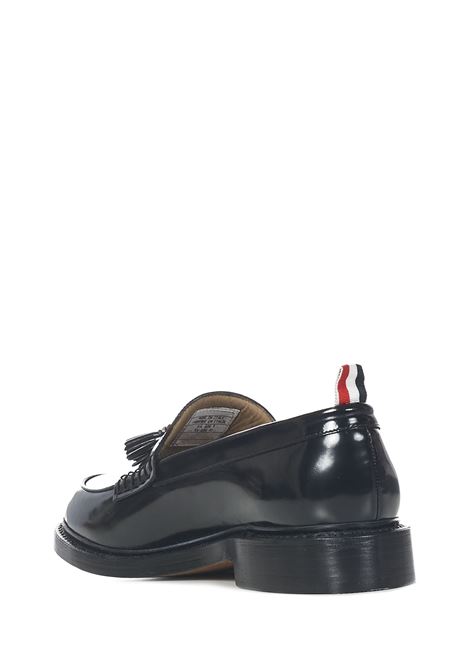 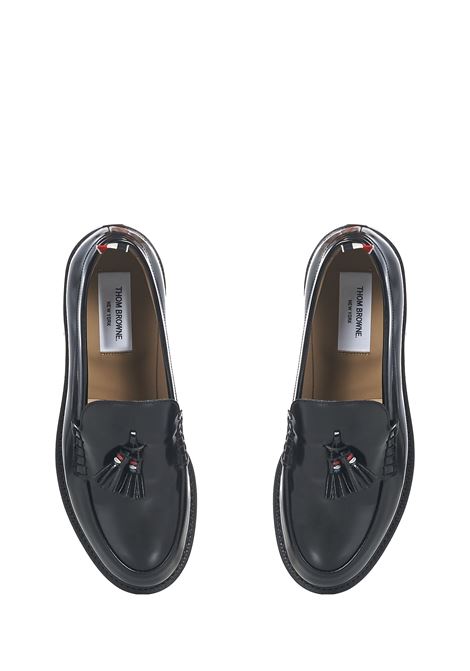 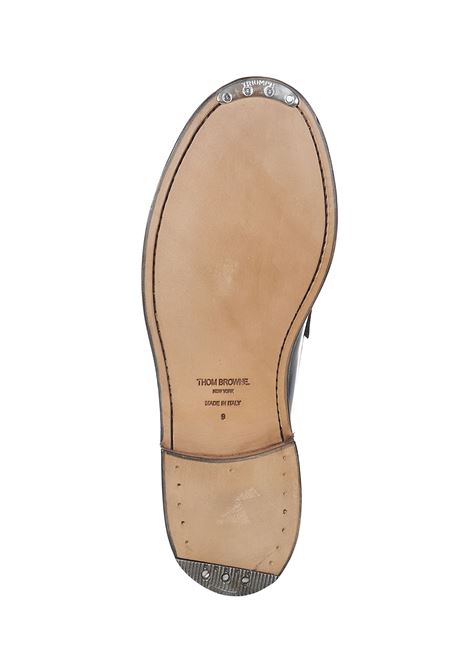